games by david figatner
You play games. I make games. I hope we meet.
Asteroid Panner

There’s a new gold rush in the solar system. And we’re looking for a few suck . . . brave volunteers who want to get rich with little effort.

Are you adventurous? Do you understand angular momentum? What about pushing buttons? Do you like money? How about upgrades? If you answer yes to any of these questions, then you have what it takes to join Asteroid Panner Corporation as our newest apprentice asteroid drone operator.

Take control of a drone ship and mine asteroids looking for gold. Get paid, upgrade your drone, and search for even more gold.

You’ll need all your wits and sufficient fuel to play this action, physics-based space game. Includes two full sectors of action and excitement. Move up through the ranks from apprentice asteroid drone operator to full guildmember at Asteroid Panner Corporation. (Think of the glory and cash that an A.P.C. guildmember receives.)

And maybe, just maybe, if you’re good enough, you too can join the ranks as an executive of A.P.C. (Don’t get your hopes up, though. Those jobs mostly go to the daughters and sons of people more important than you.)

This game was originally written in 10 days for #dreamhackaustinjam. It was selected as one of the winning games and appeared at Dreamhack Austin! After the conference, it was polished and turned into a real game. 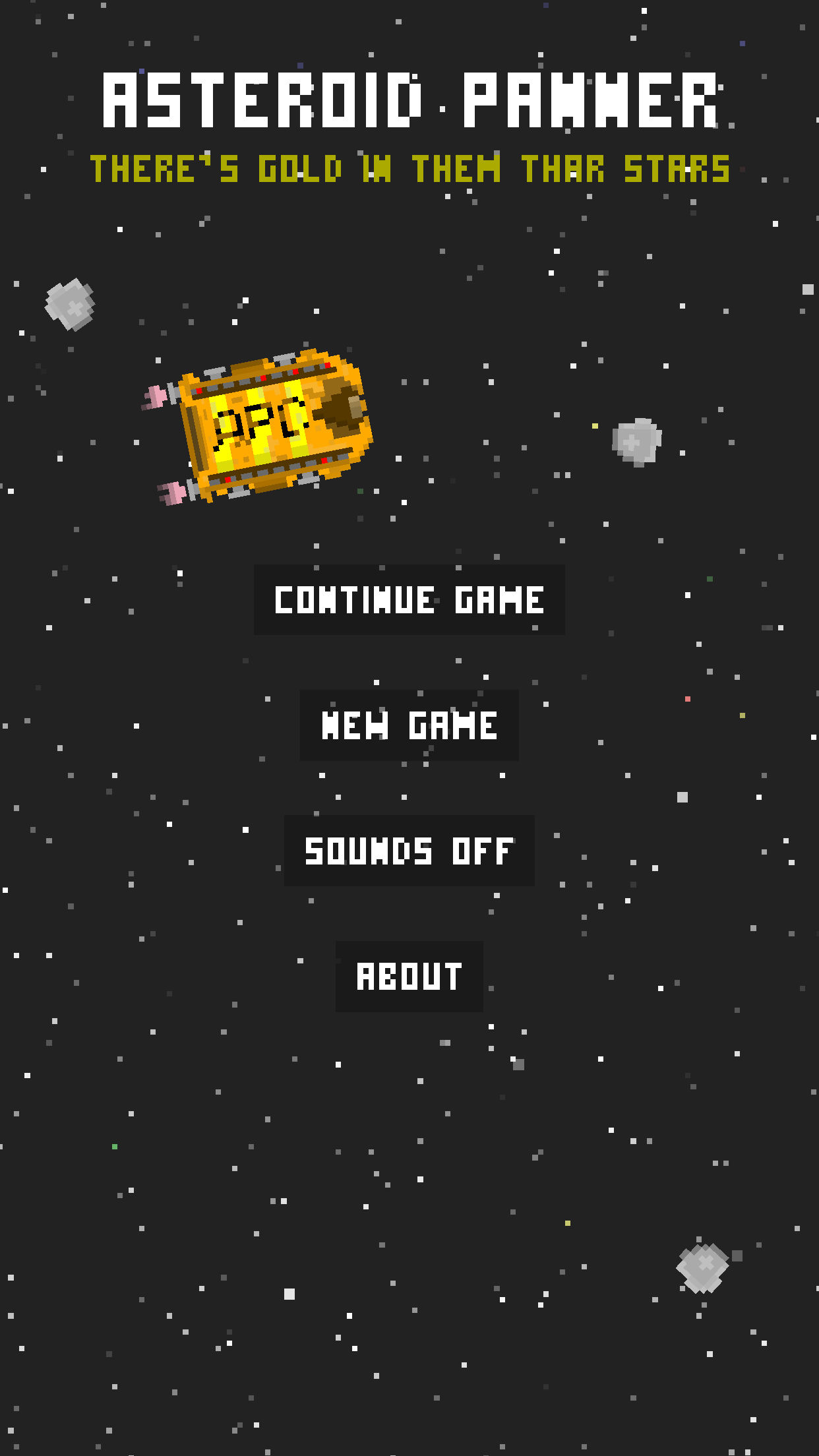 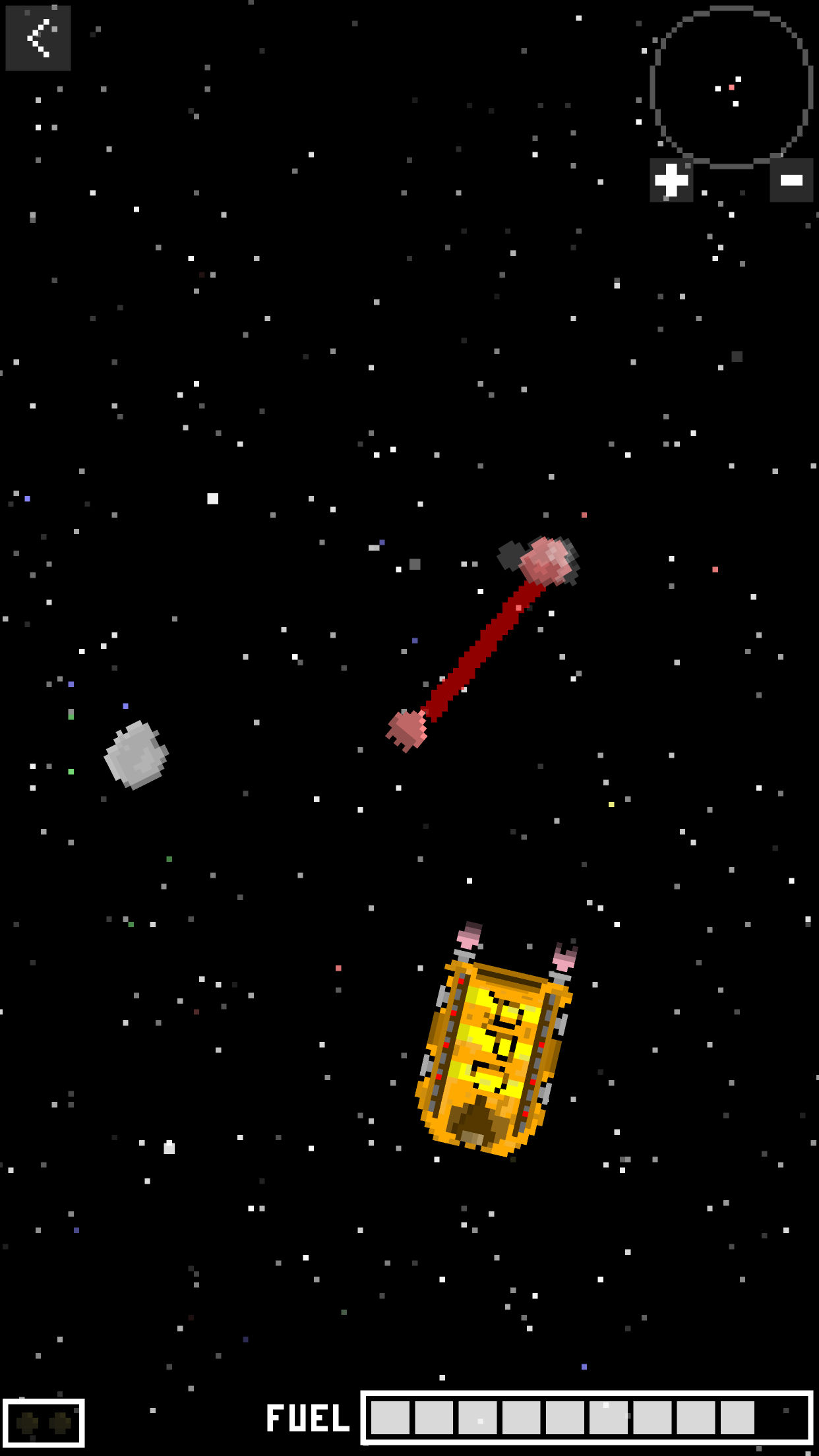 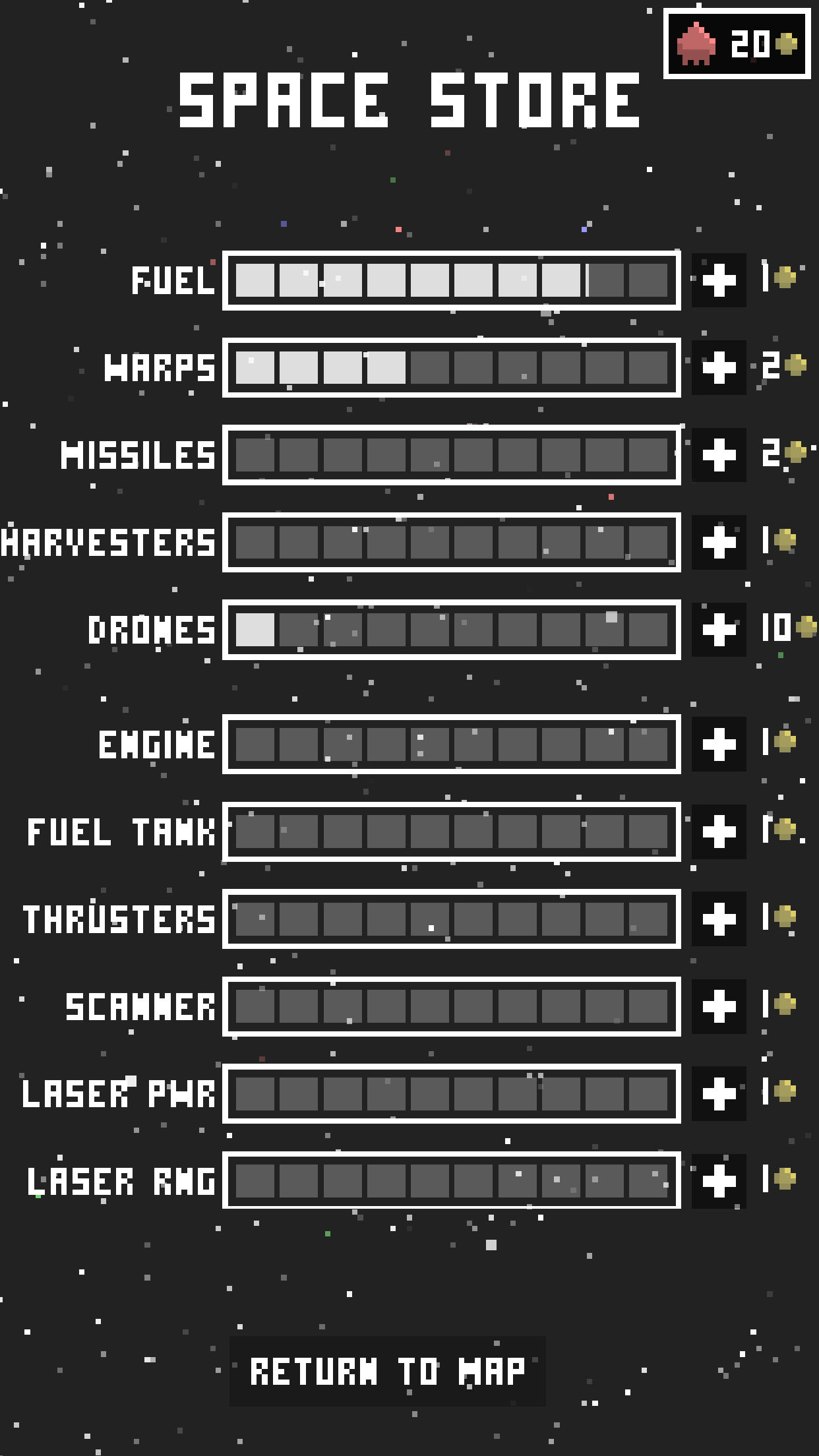 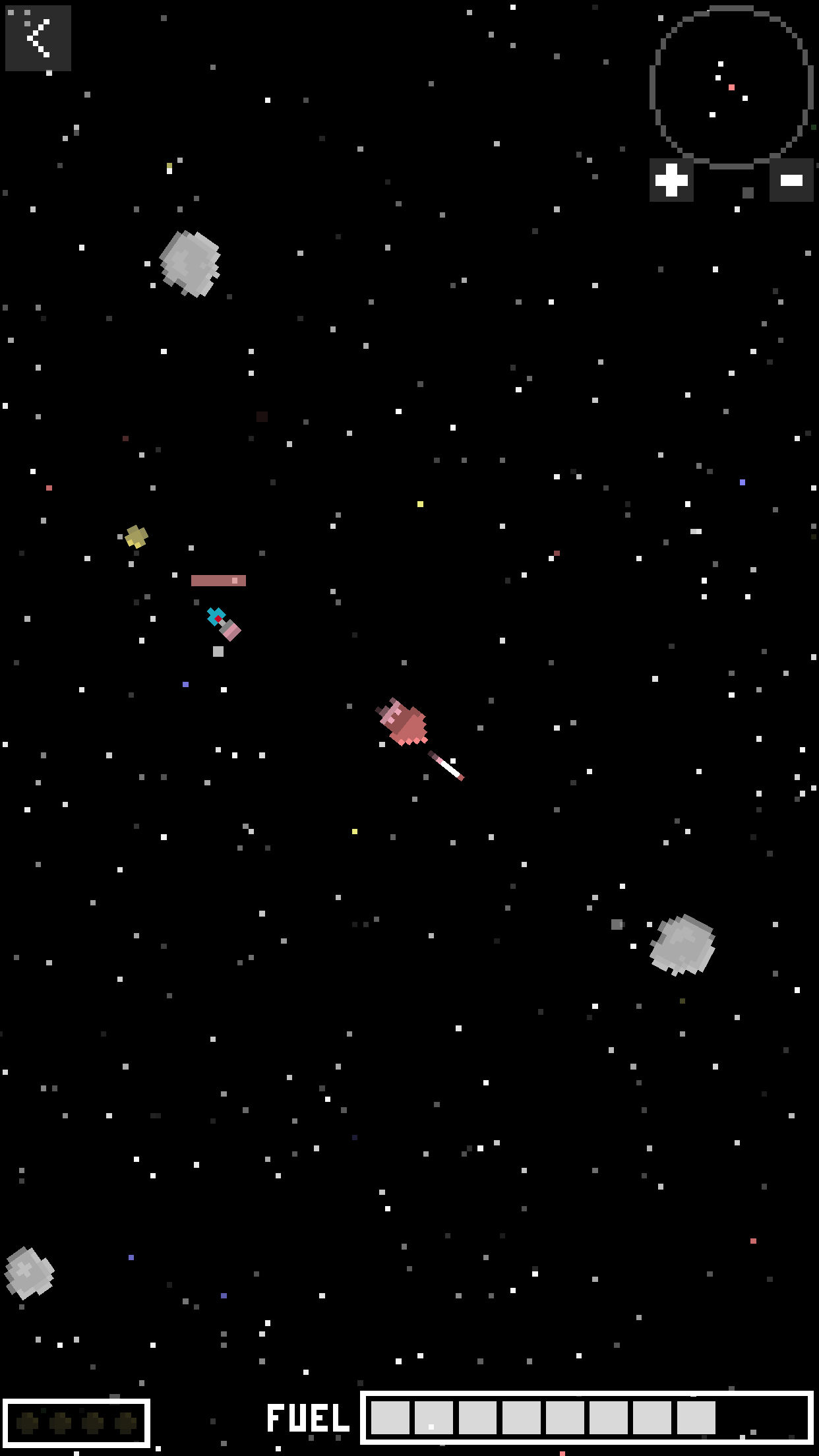 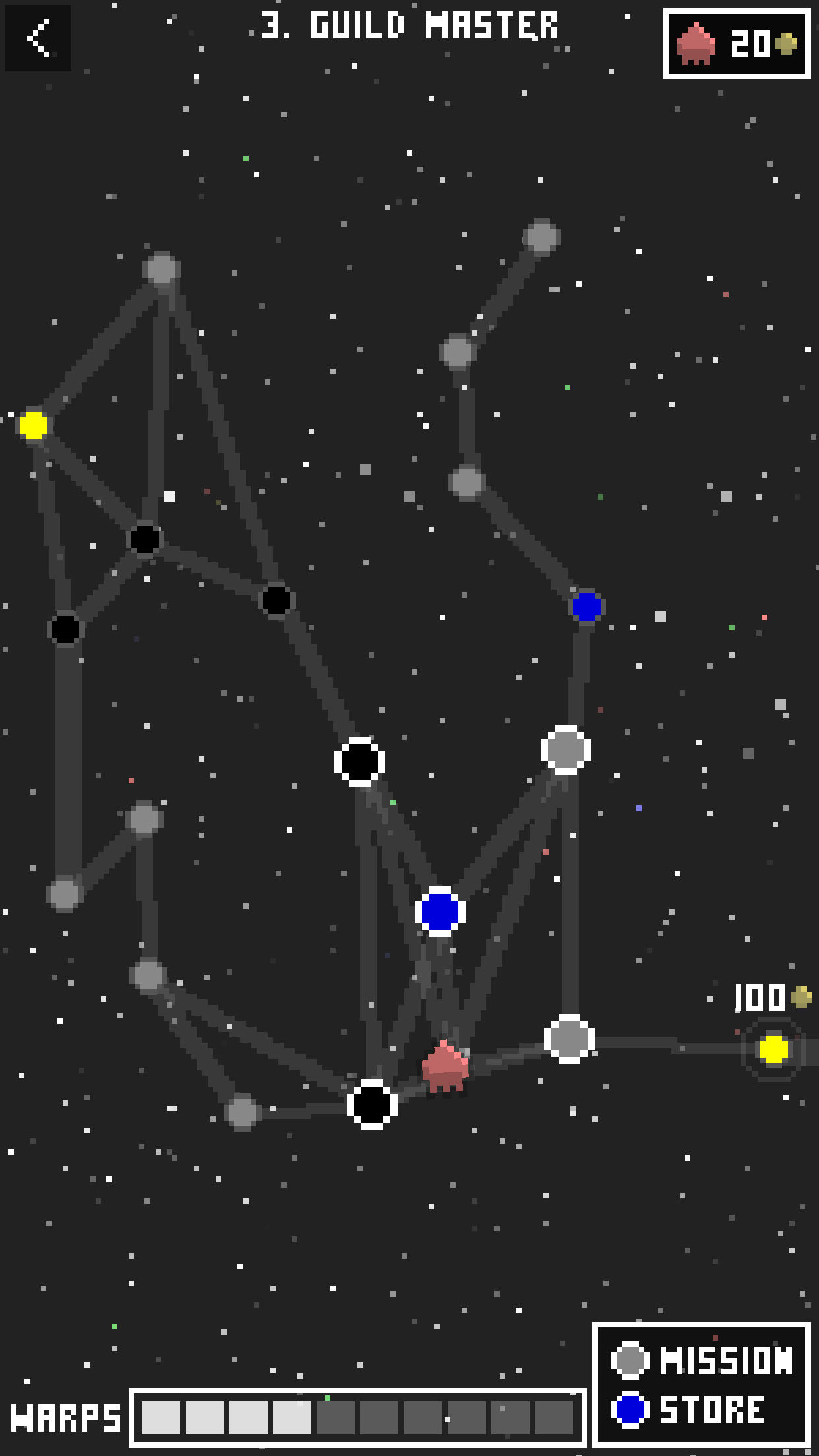 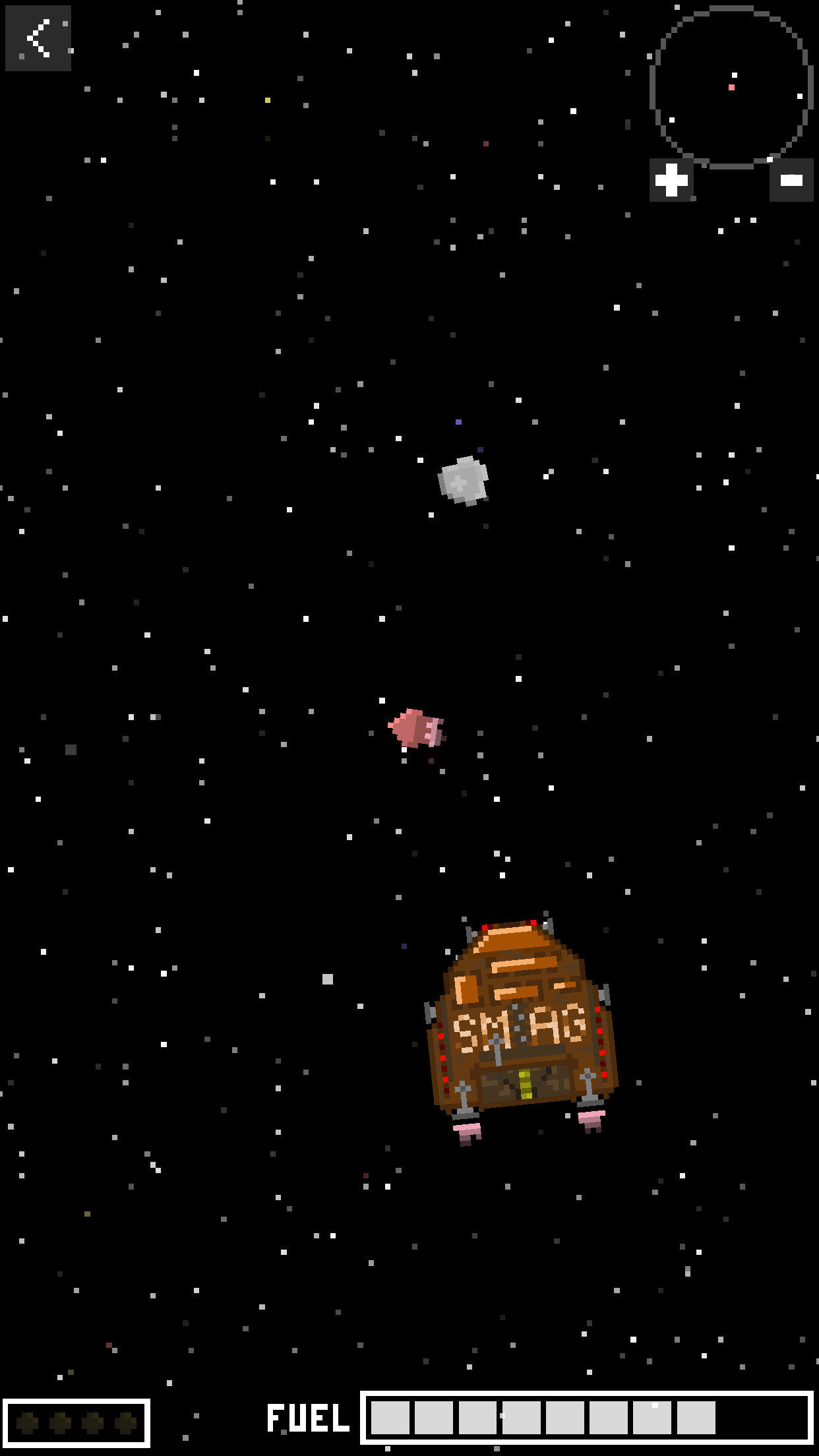 Since I only had 10 days, I decided to use pixels to draw everything. I had created a nice pixel editor for a previous (unfinished) game, and the editor was fast, fun, and easy, and viola, you have pixelated graphics. It also ended up making the starfield awesome (if I do say).

My advice is try not to go too fast until you get used to the controls. Once you master movement it is quite gratifying.